Why share a video on Kickstarter when you can share a playable game demo? Today, I’m excited to announce that SIMMER.io is the only way for your audience to play your game LIVE on Kickstarter.

And did I mention it’s free?

SIMMER is a place for sharing WebGL games created with the Unity Game engine. Uploading is as simple as exporting a WebGL build and dragging that build to a dropzone:

If you have something great to share, hop on over to our upload page to add your game.

Add your demo to Kickstarter

Once your game is up on SIMMER, it looks like this: 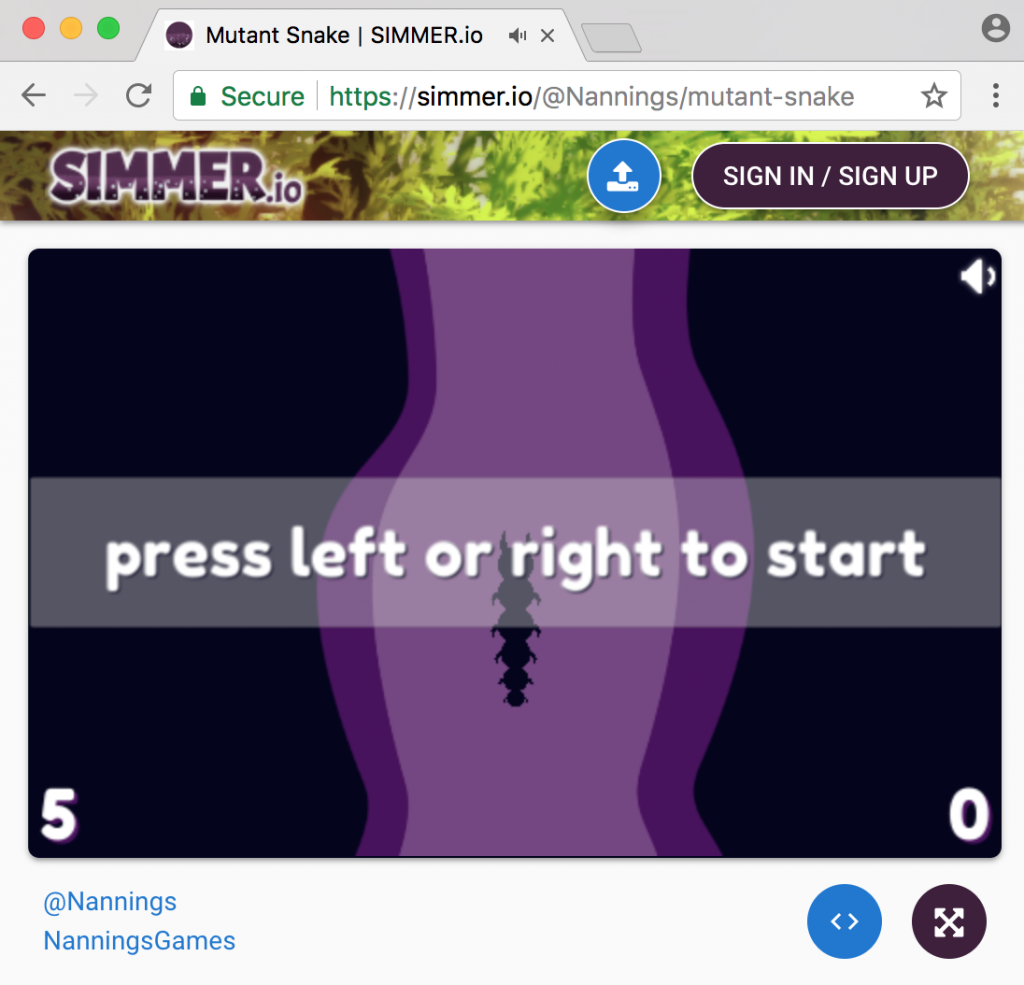 Over on your Kickstarter page, click "Add a video"

In the case of the above game, the url is https://simmer.io/@Nannings/mutant-snake. Paste that in the URL field of the "Add a Video" dialog. 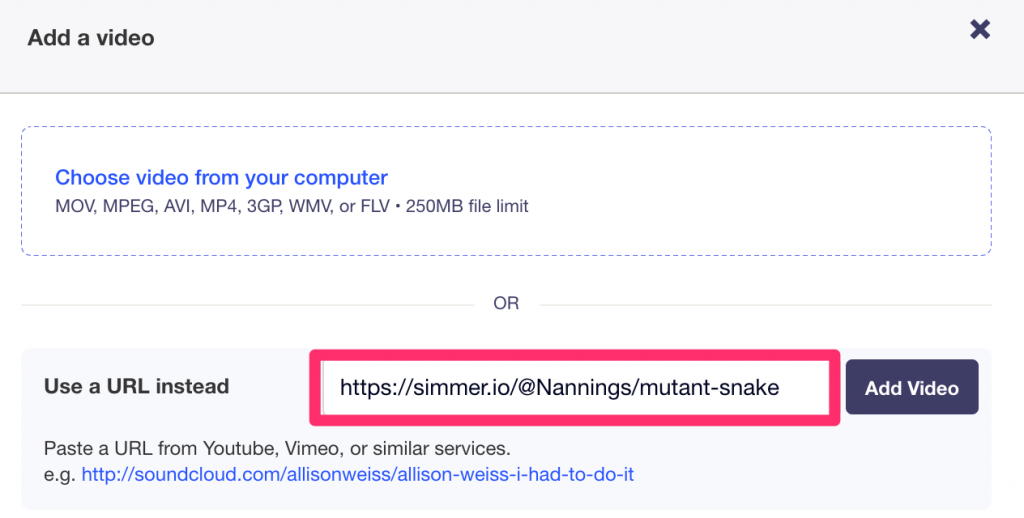 When you launch your Kickstarter campaign, your audience can play a live demo without ever leaving your pledge page:

Stand out from the pack

With SIMMER.io’s Kickstarter embed feature, your game can stand head and shoulders above the crowd. A live demo can give your game a critical boost and increase your likelyhood of funding success!