Global Game Jame is coming up, January 26 – January 28, 2018! GGJ is a game jam that occurs at sites all over the world, where developers just like you get together to build a game in 48 hours. It’s an awesome concept, and it occurs at nearly 500 sites across the world.

Last year I noticed that so many game developers were building cool stuff, but not sharing their work, so I built SIMMER, a site that makes sharing WebGL games as SIMPLE as possible.

It’s easy! Click the upload now button below to try it!

There is very little fuss associated with sharing your game on SIMMER, but don’t take our word for it, check out what early users are saying:

Technically your site is great, you have a big competitive advantage compared with Wooglie and Kongregate as uploading builds is extremely easy compared with the other two.

I think this platform is going to be awesome man, it’s a lot more convenient for small things than the other platforms out there, I will definitely be avidly using it!

Just Do It, Get Noticed!

The biggest mistake you can make as a game developer is to not share your work early and often :-). Game development has become very, ehem, crowded. One great way to start building an audience is to get your work out as soon as possible, and SIMMER can help you share your GGJ game directly to the web (with zero friction!). We also help with the discovery aspect–once a game is on our site people are likely to find it via our "More Games" panel on the right side. 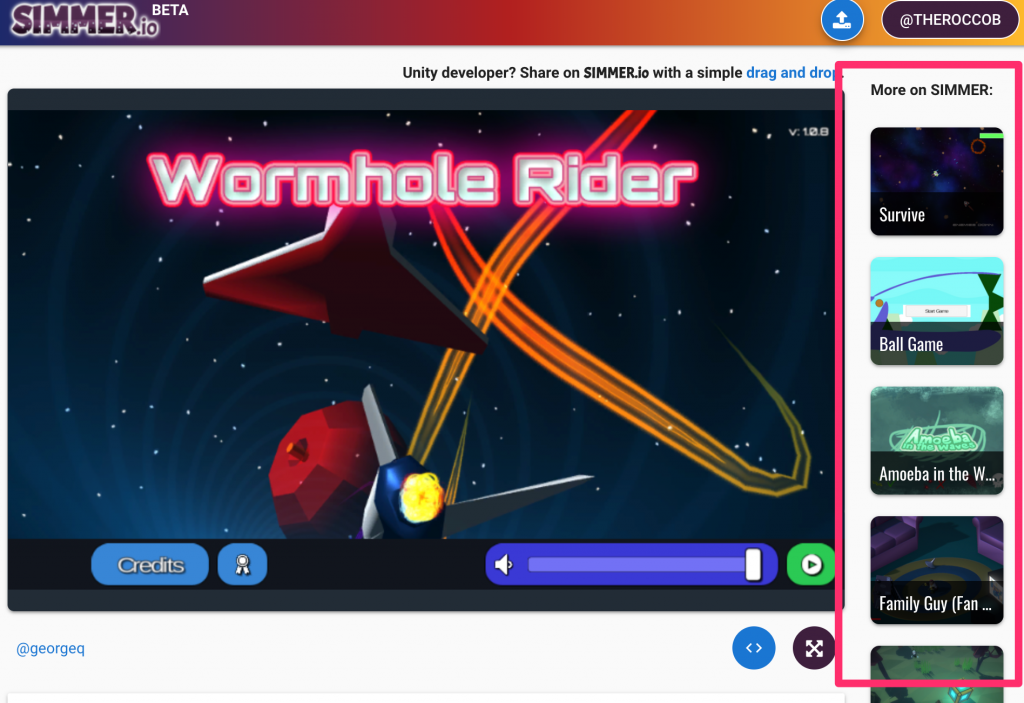 I personally got my start in the game development industry at age 14 when I shared a game called Arcade Superpack to the AOL Games channel. (Remember AOL?). My game got over 50,000 downloads and it jumpstarted my games career, where I worked on games in popular franchises such as The Sims, Rock Band, and Mortal Kombat. 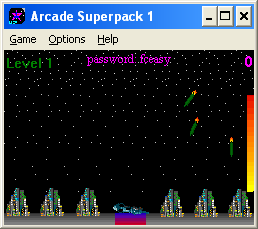 The simple truth is, the more you put yourself out there, the better chance you have of getting noticed.

Without further ado, I invite you to upload your Global Game Jam game today!

IO games get their name from the IO domain name. Popular IO games include Slither.io, Frogar.io, and Agar.io. IO Games are generally multiplayer, and many of the games have a common theme of "growing" or scaling your character or territory.

That means that in addition to being a free hosting and discovery service for Unity WebGL games, SIMMER is also becoming a portal for games hosted elsewhere.

Soon, anyone will be able to share their externally-hosted games on SIMMER. I’ve built out most of the system for this, and I’m using it internally for the next few days to iron out any kinks.

If you’re interested, I need some help with testing out the feature. Shoot me an email at rocco@simmer.io if you have an IO game to list, or want to help build the index of existing IO games.

Just in case I forget to update this article when I roll out the feature to everyone, the link to be able to share games via URL will be located at https://simmer.io/upload.